Peranakan Shophouses, SG50
Limited Edition 100 copies on canvas or metal  85×85 cm, 100x100cm
A colourful piece with pops of red, showcasing the best of Chinatown’s historic shophouses. Featuring the instantly recognisable Chinese lanterns strung between shophouses as well as images of some of the most traditional Peranakan tile designs used in Singapore. 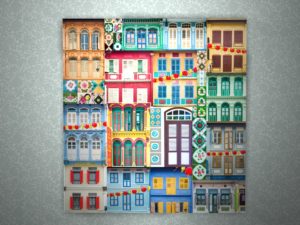 Blair Rd and Everton Rd Houses
Limited Edition 300 copies on canvas or metal  85×85 cm, 100x100cm
These two streets full of some of the best Peranakan style is close to Chinatown are often missed by tourists and locals alike. A residential street, the lives of those behind each door are hinted at with details such as chairs sat outside doors waiting for residents to sit and watch the world go by. 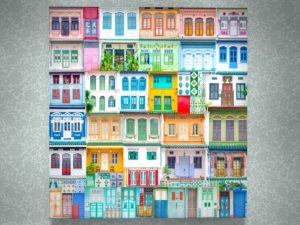 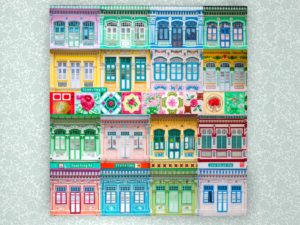 Emerald Hill
Limited Edition 300 copies on canvas or metal 85×85 cm, 100x100cm
A conservation area in the center of Singapore, Emerald Hill is the former home of many wealthy Peranakans. This striking Limited Edition piece, featuring a stunning display of Chinese Baroque architecture  – a mix of Malay, Chinese and European architectural details – gives a real sense of Singapore’s heritage 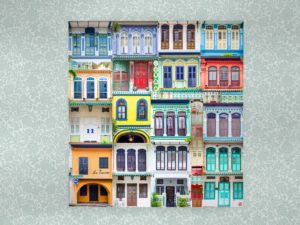 Geylang Shophouses
canvas 65×65 cm
Geylang Shophouses artwork features the liveliest of Singapore vibrant colours from tones of purple, green and blue to teal, periwinkle and lavender with splashes of yellow, red and orange. Uniqueness of this piece is accentuated by complex designs of heritage ceramic tiles. 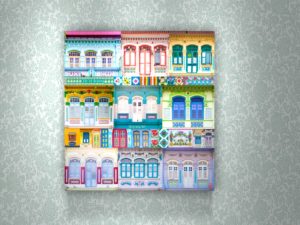 Blue and Green Singapore Shophouses
canvas 80×40, 100×50, 120×60 cm
From sea green and peacock blue to turquoise and lavender blue, the ‘Blue and Green Houses’ piece is a striking set of images of Shophouses. With Tatyana’s unique signature hidden amongst the heritage images, this is a piece that is sure to become a collector’s favourite. 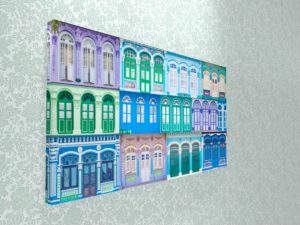 Tembeling Road Houses, Joo Chiat
canvas 80×40, 100×50, 120×60, 150×75 cm
Peranakan Shophouses shown in their full glory here at Tembeling Road. This actual street is almost impossible to photograph as a whole street so each heritage house is photographed  individually. The street is carefully reconstructed in editing. A fantastic example of heritage housing in Singapore 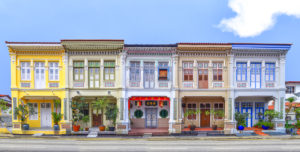 Koon Seng Road Houses, Joo Chiat
canvas 80×40, 100×50, 120×60, 150×75 cm
While on the same street, the houses are not near each other in reality. This street is carefully reconstructed in editing. A fantastic example of colourful Peranakan heritage housing in Singapore. 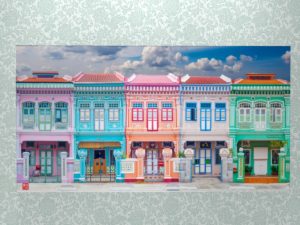 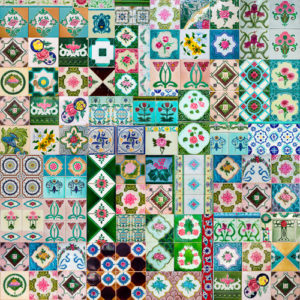 Tatyana’s smaller pieces are Open Editions and are sized (in cm) from 30×30 and 30×50. Each one a reflection of Singapore’s unique heritage and style. 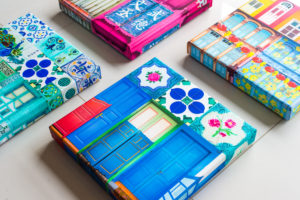 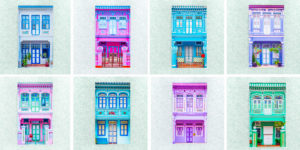 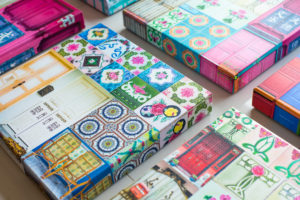 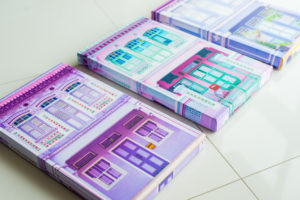 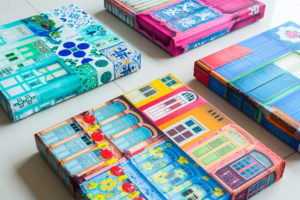 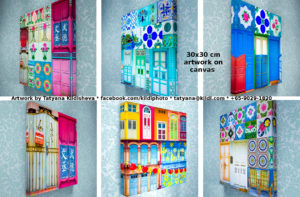